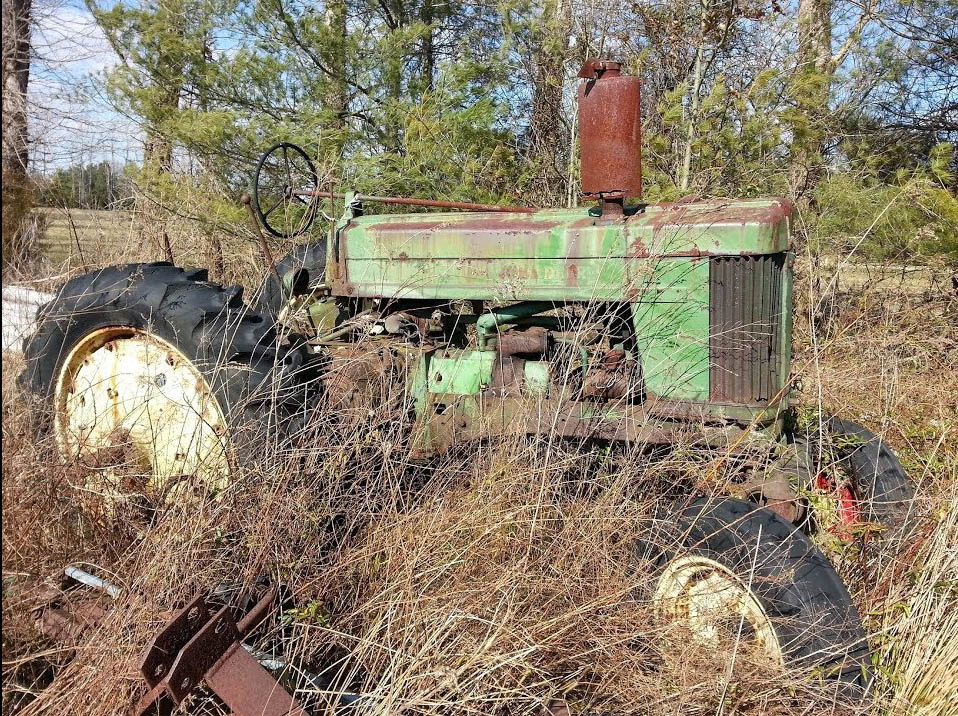 Update: Sadly, my grandfather passed away on 10/27/19. He never had the chance to see his two workhorses restored and running again, so now I am placing the responsibility upon myself to make it happen. I will be restoring these two tractors and dedicating them to his memory...they will live again, and I know he will be there with me every time I start them up! May he rest in peace. Link to the 60's first cameo appearance in March 2013: https://www.youtube.com/watch?v=ijBrI...

My grandfather still owns the 1954 John Deere 60 and 1969 Ford 4000 tractors that were his main workhorses on the farm back in the 60's and 70's. They are of sentimental value to us, and they were the only two major pieces of equipment he salvaged from the farm before selling everything 15 years ago.

Ever since he quit farming in the mid 1980's, he has dreamed of restoring both of these tractors back to their former glory and running them in local shows and parades. Unfortunately, we just couldn't find the time, money, or ambition to work on these tractors, so they continued to sit in the back hedgerow on my uncle's farm for many years. With my grandfather's health declining, he simply doesn't have the energy to get out and fix these two tractors...he can barely spend much time outside to begin with, since he's on oxygen.

I decided to make his dream a reality and take matters into my own hands. I have started doing research and gathering info and parts to rebuild these two old workhorses. I am mainly focused on the 60, since I used to be a John Deere two-cylinder tractor fanatic and know a good bit about them. I don't know how much time my grandfather has left on this Earth, so I figured I might as well start wrenching on them now before any more time passes by and I head off to school again. I can't stand seeing these two tractors sit around any longer.

In this video, I discuss some of the history on these two tractors. In the near future, I plan to make another video on the 60. That video will provide a better look at the condition of the tractor, now that I have started tearing into it and all the sheet metal has been removed. I will do a thorough inspection to show which parts are broken or missing, which parts will need replaced, and what my plans are for the tractor's restoration in the near future.